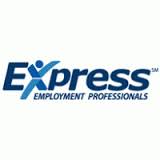 1 of 5
Add Review
Express Employment Professionals is a leading staffing provider in the U.S., Canada and South Africa. Every day, we help job seekers find work and help businesses find qualified employees. Express Employment Professionals puts people to work. The company generated $3.05 billion in sales and employed a record 510,000 people in 2016. Our long-term goal is to put a million people to work annually. Founded in 1983, Express has more than 770 franchise locations worldwide.
More description

They seem to have a tendency to push out older workers.