You want to know your builder understands how your business works. Balfour Beatty Construction teams have deep expertise in building for our nation’s key industries.

When you’re looking for a partner to build something, you want to know they understand what they’re building and how the structure will actually work once it’s complete. Building a hospital is very different from building a data center, and you want to know your team understands the difference.

They are not open to flexible hours or working with an employee to work around when they are available to work.

Bankers only cares about production. Everything else, including age, is secondary. 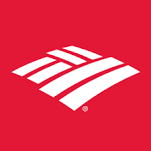 Bank of America Corporation is a multinational banking and financial services corporation headquartered in Charlotte, North Carolina. It is ranked 2nd on the list of largest banks in the United States by assets

I have watched the tone and hiring practice of BOA change since 2010, when the current CEO was seated. There is a very practiced bias against the older employees in the company - strictly due to age, nothing more. Very ironic since the ENTIRE executive team - those that report to the CEO - are baby boomers themselves. The Bank has a hard focus on Gen-X, not just employees but obtaining and retaining them as clients. Particularly since Gen-X are expected to inherit their parents' and grandparents' wealth. So the Bank feels that focusing on Gen-X employees to deal with Gen-X clients is more agreeable.

I worked with this company for over 40 years. In the last 20 years since the financial crises this company views on older employees have completely been destroyed. There is no loyalty with long term employees. In fact, they are purging the older workers from the company through laid offs. And when they do it, you can’t file a complaint with EEOC because they will make you sign a commitment to not filing any complaints by holding your severance hostage. In other words you won’t get a severance until you sign this waiver of your rights. Most of their layoffs been against employees with over 15 years of service.

I saw many times, and experienced it myself, a lack of promotion opportunities due to the promotion criteria not being "will do a good job at the next level", but can they be promoted again to an even higher level in 5 years. At some point you are competing with people 5-15 years younger who will be around.

They do not value experience or different points of view. Only the younger employees and managers who blindly follow the "party line" are promoted. Being #1 in performance is not rewarded if you ask questions.

I repeatedly saw, and experienced it myself, that the most qualified person was not promoted due to age. The explanation given was that the job (promotion) was a stepping stone to the next job but that it would take 3-5 years to get there. They didn't want to promote you to a job where you would "stagnate" and clog up the system. Also..take a look at the advertising, everyone is under 30.

They treat you like family and not a number

Worked in the sales call center for 4 years as a top producer. Manager always blocked any request for promotion. Older workers fired faster than younger. Always hiring because of the revolving door. No one is exempt not even upper management.

I was hired by the bank in 2013 at the age of 60, there was no indication that my age was a factor and work with many employees that are of the 50 + range. Worked there for two years in a Data Center Administrator capacity. A change in IT Directors took place in December 2014 and was told the day after Christmas that shift changes to the Graveyard shift were to take place the following Monday. I was told that there would be no 'lead time' to gear up for the change in hours. This was brought up to me as a so-called 'senior' member of the staff. I repeatedly saw, and experienced it myself, that the most qualified person was not promoted due to age. The explanation given was that the job (promotion) was a stepping stone to the next job but that it would take 3-5 years to get there. They didn't want to promote you to a job where you would "stagnate" and clog up the system. Also, take a look at the advertising, everyone is under 30.