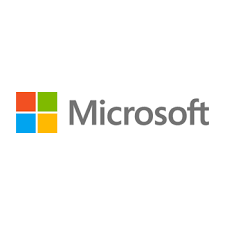 Founded in 1975, Microsoft (Nasdaq “MSFT”) is the worldwide leader in software, services, devices and solutions that help people and businesses realize their full potential.

I was managed out of Microsoft due to age discrimination after 10 years of service. They set and move objectives so as to make it impossible to achieve them and refuse to compare like for like work with younger employees.

If you love tech, this is a great place. No doubt you'll talk tech from enterprise to consumer - from PCs to phones to Xboxes - from datacenter to desktop. What were GREAT benefits are now VERY GOOD.

Microsoft has been going through a major staffing reduction. But, even before this most recent rash of unemployment they were definitely not a company that was age friendly. In fact, most of the computer industry is even heavily recruiting mainly young foreign workers by promising them a H1-B visa. This is basically hiring literally "starving students" to come with the hope of a job in the US. But, then many will find themselves being downsized/leaving once their salaries plateau or their career will stagnate. Luckily, some are more entrepreneurial and then either will join a high-tech start-up or even team up to start their own business. Even going back into the late 1980's and early 1990's Microsoft was not all that age friendly. Many of the so-called early "Microsoft millionaires" found that the company's attitude toward them had become unfriendly. They were no longer a pool of cheap labor. More senior workers who had found their stock holdings had made them wealthy at even around age 30 to 40, started wearing T-shirts that said: "Screw it, I am fully vested!" as a way of expressing their resentment that they were not being appreciated for their years of hard work and loyalty to the firm.