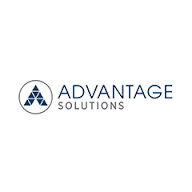 Advantage Solutions has posted job openings with RetirementJobs.com in the past, which means it has actively sought to hire and retain age 50+ workers. Please click the 'View Job Listings' link above to view active jobs, if any, posted on our site.

I like working with advantage they seam to care about you and do working with you on when you want to work on part-time .

I worked there for 9+ years and thought I had found a company that I could work for until I retire. I was hired in 2009 after being out of work for a year due to the 2008 crash. I had performance reviews at exceed expectations (4 out of 5) for the previous 4 years. Then my performance review for 2017 (in the spring of 2018) was Below Expectations, even though I did everything asked and then some, had glowing client reviews, and positive feedback on many projects. I was let go in summer of 2018. I then found out several others in the same role had the same pattern of performance reviews. Advantage needed to trim salaries to reduce overhead. I gave them 2 stars because the people I worked with were great. The management is very much out of touch with what goes on day to day.